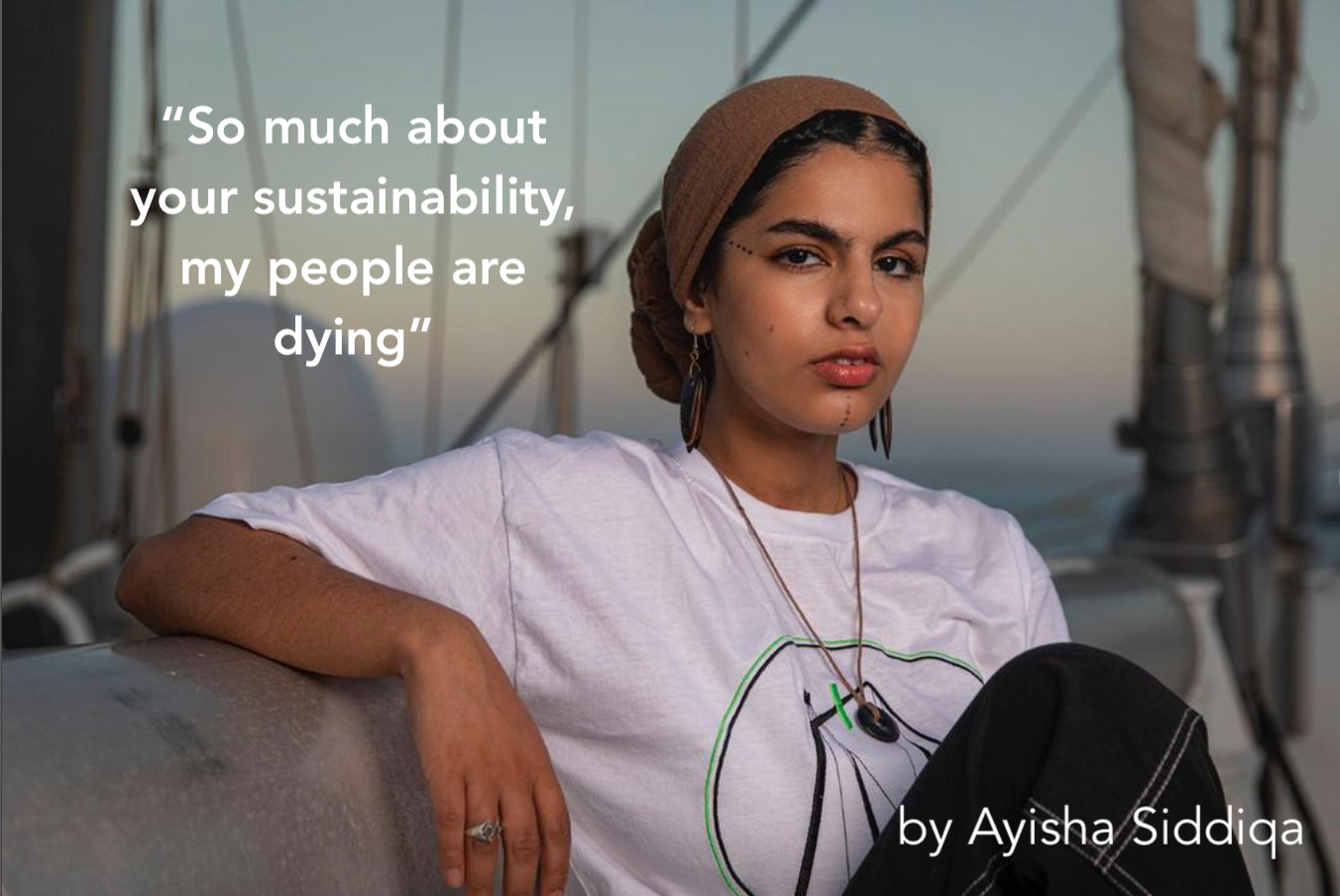 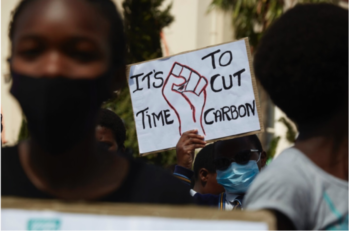 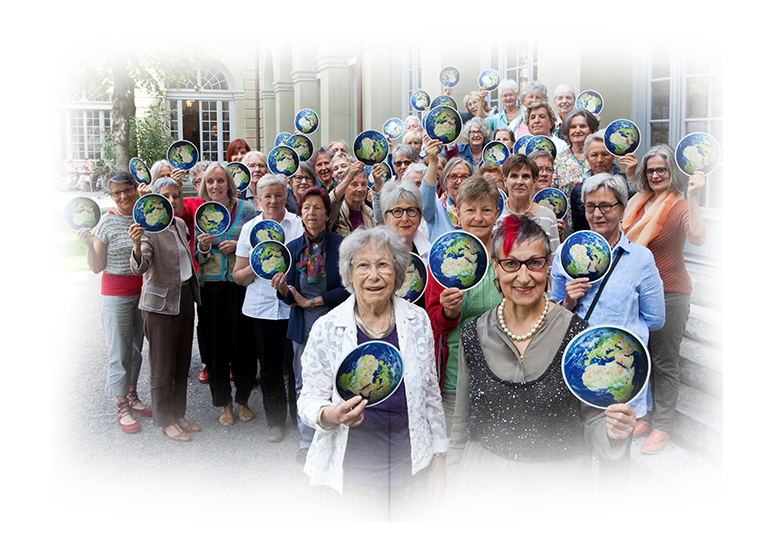 So much about your sustainability, my people are dying

Ayisha Siddiqa — human rights and land defender and Fellow at NYU Law’s Climate Litigation Accelerator — offered a powerful commentary at the close of COP27 on the urgent need for climate justice and for world leaders to do much, much more to protect the lives and wellbeing of those most vulnerable to climate change, including those in Ayisha’s community in Pakistan.

This new case study looks at the case filed as part of the #CancelCoal campaign to challenge the South African government’s decision to authorize new coal-fired power, in spite the fact that coal-fired power is dirty, unhealthy, and unnecessary.

A recent intervention to the European Court of Human Rights argued that particularly vulnerable groups, like the elderly, can indeed be considered victims despite the effects of climate change on the general population. It also argued that certain provisions of the Paris Agreement informed countries’ human rights obligations and the steps they must take to combat climate change. 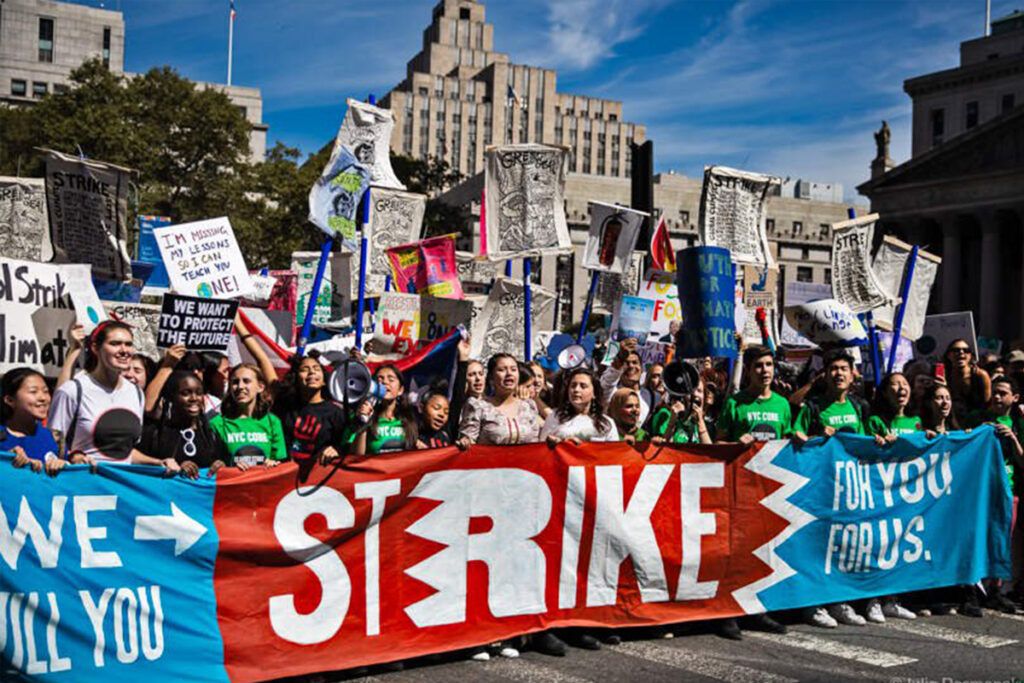 Youth play a crucial role in the global climate movement; however, generally speaking, too few legal resources are devoted specifically to youth activism. 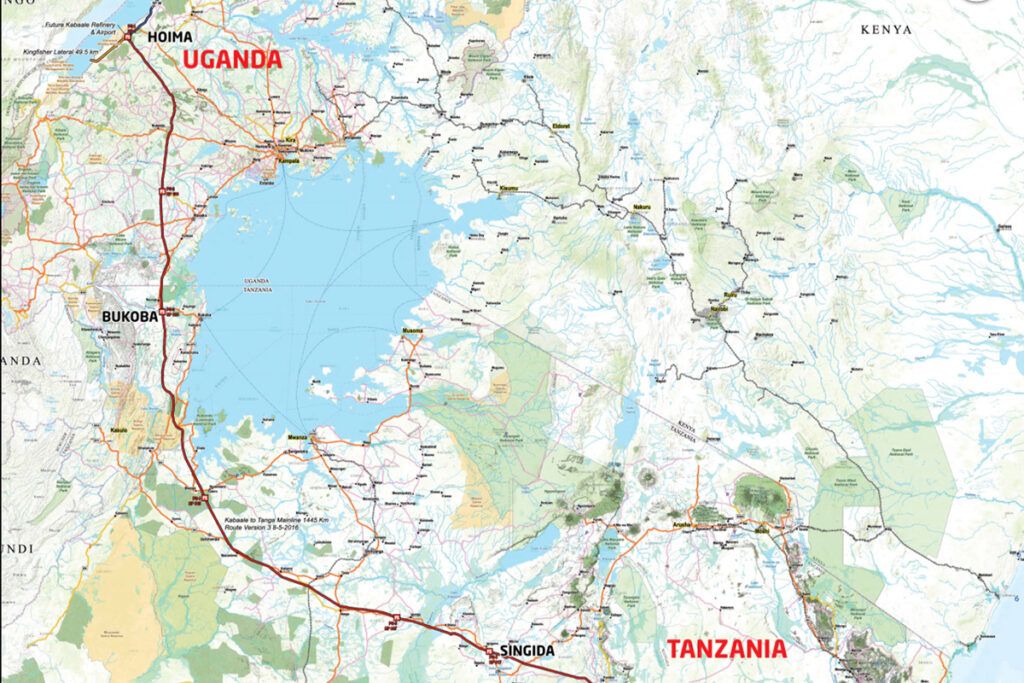 The Doughnut Approach: How to Climatize Human Rights

If human rights are to remain relevant in the Anthropocene, budding theoretical, doctrinal, and advocacy efforts from within the field to address the climate emergency need to be deepened and expanded. 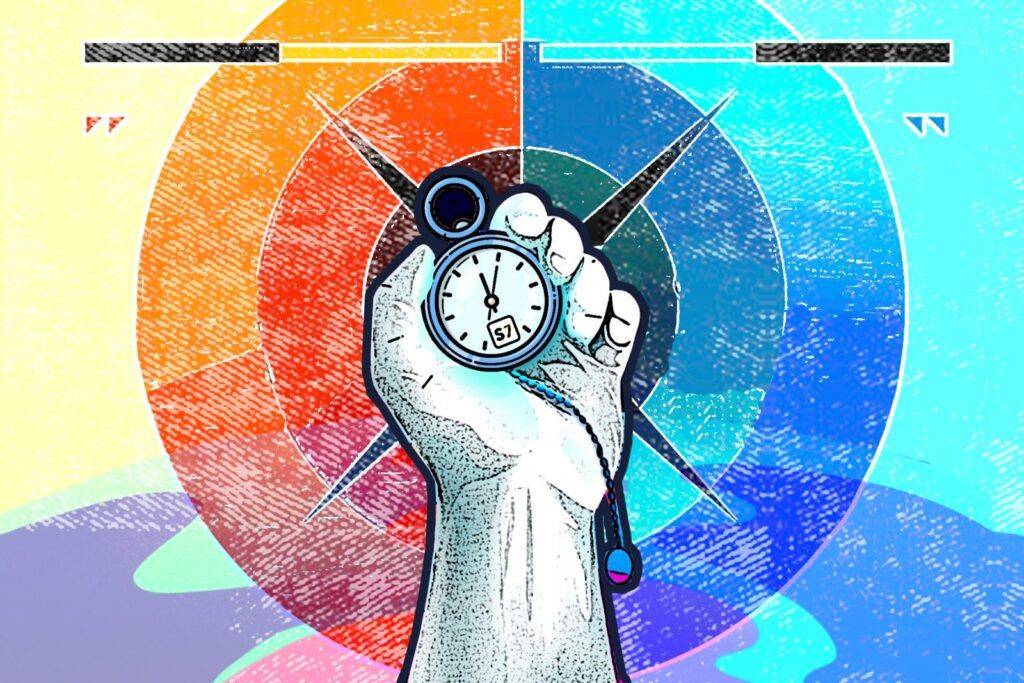 If slowing climate change is a game, how is it going and what’s left to accomplish? 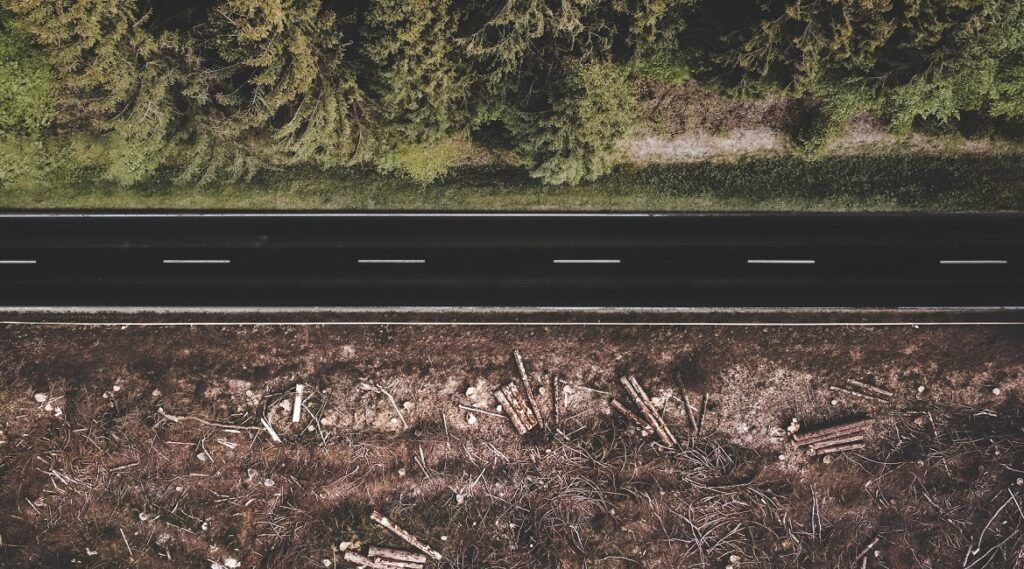 The human rights and climate change movement should make use of less conspicuous tools, like the administrative agency, and target forms of exploitation as a way of challenging corporate power in the climate change fight. 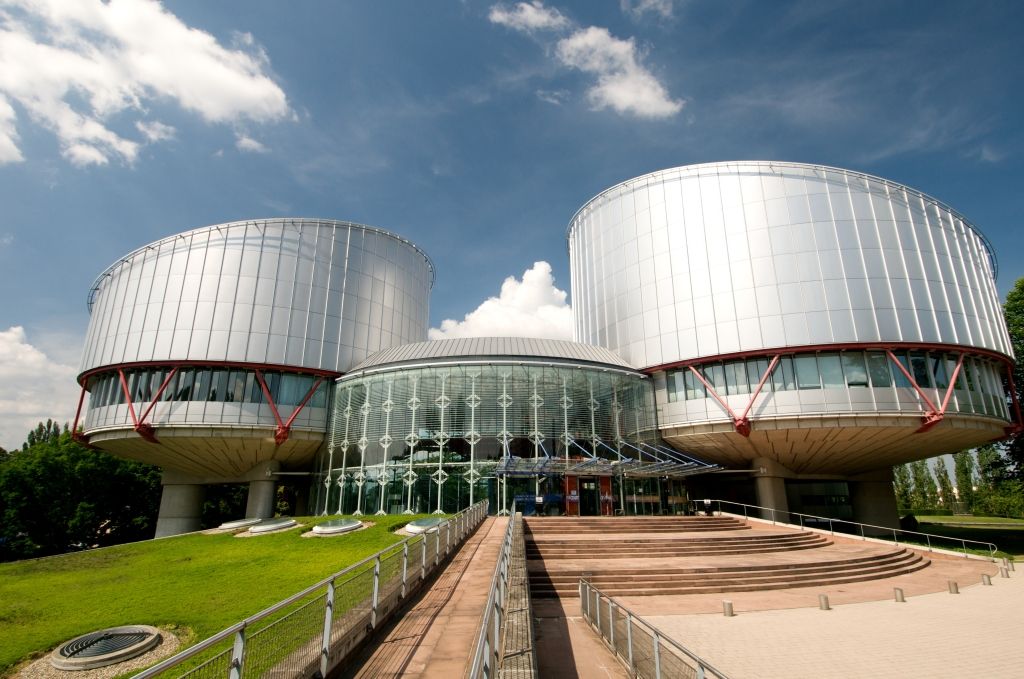 CLX – in collaboration with Professor Christina Voigt and the Center for Human Rights and Global Justice – submitted an intervention in the Swiss Senior Women v. Switzerland case currently before the European Court of Human Rights. In this intervention, they examined the court precedent that demonstrates that the elderly can rightfully be considered victims of climate change even though global warming has at least some effects on everyone. They also explained how certain provisions of the Paris Agreement interact with countries’ human rights obligations such that developed countries must act swiftly to bring emissions to net zero. 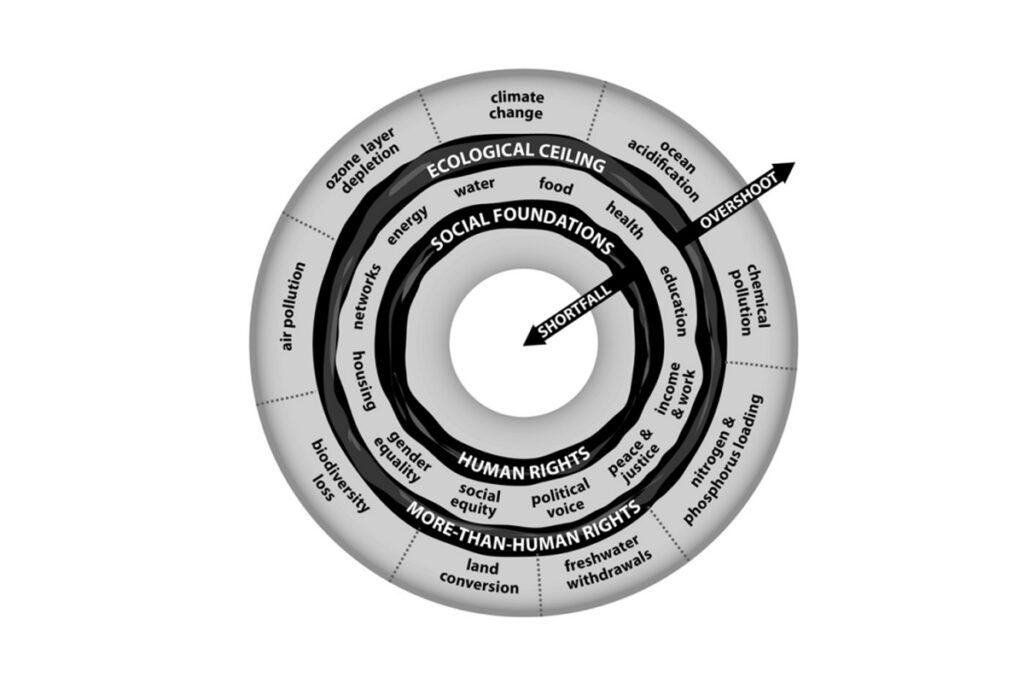 Climatizing Human Rights: Economic and Social Rights for the Anthropocene

The climate emergency poses an existential challenge to the human rights project. If human rights are to remain relevant in the Anthropocene, budding theoretical, doctrinal, and advocacy efforts to address the climate emergency need to be deepened and expanded. The task of urgently advancing climate action through rights-based norms, frames and tactics is called “climatizing” human rights in this paper. In this paper, Rodríguez-Garavito focuses on economic and social rights (ESRs) and proposes two avenues for the climatization of ESRs. Climatizing ESRs through these two avenues would ensure there is a vast space for human activities that are productive, equitable, regenerative, and respectful of future generations and the planet. 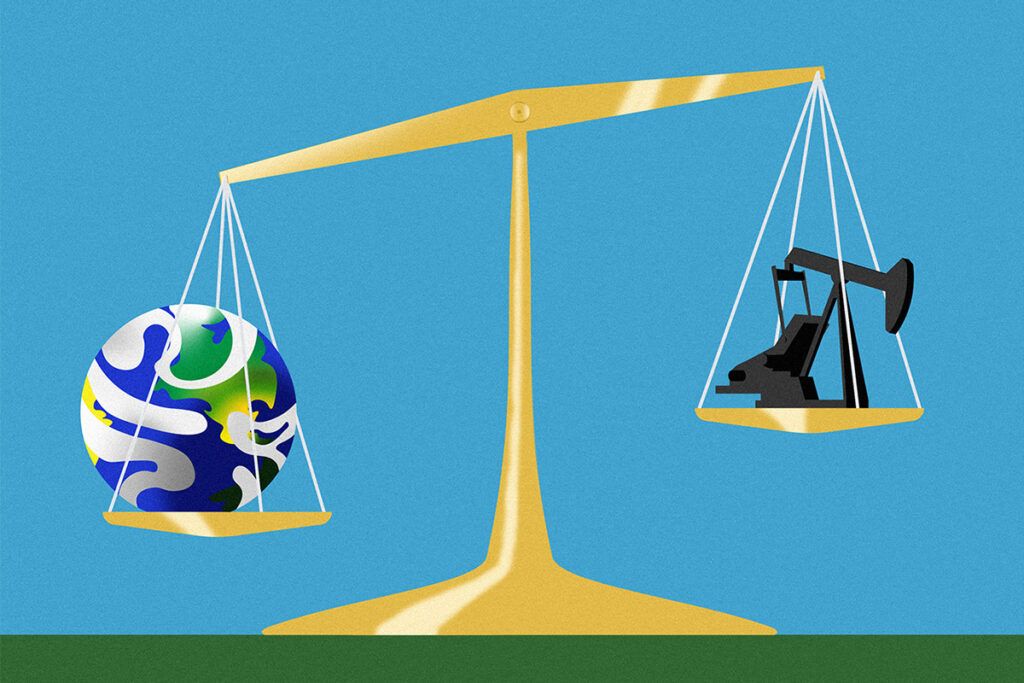 This article analyzes the rise and proliferation of human rights-based climate change (HRCC) litigation. It presents the results of a study of the universe of HRCC cases filed in domestic courts and in regional and international judicial and quasi-judicial bodies around the world. This article focuses on the period after the 2015 Paris Climate Agreement, during which the large majority of cases have been filed or decided. 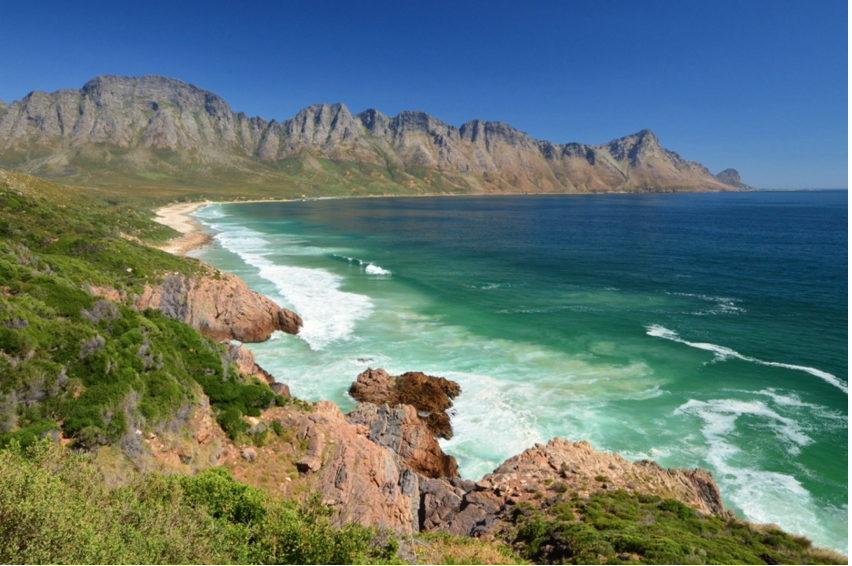 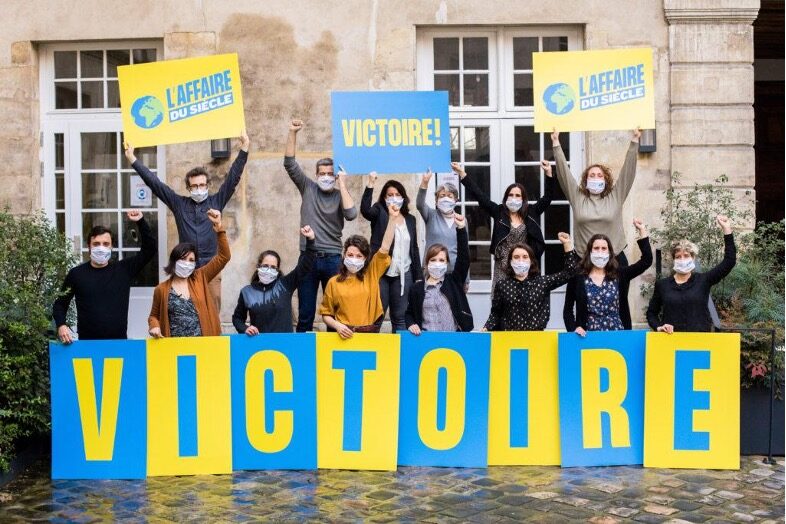 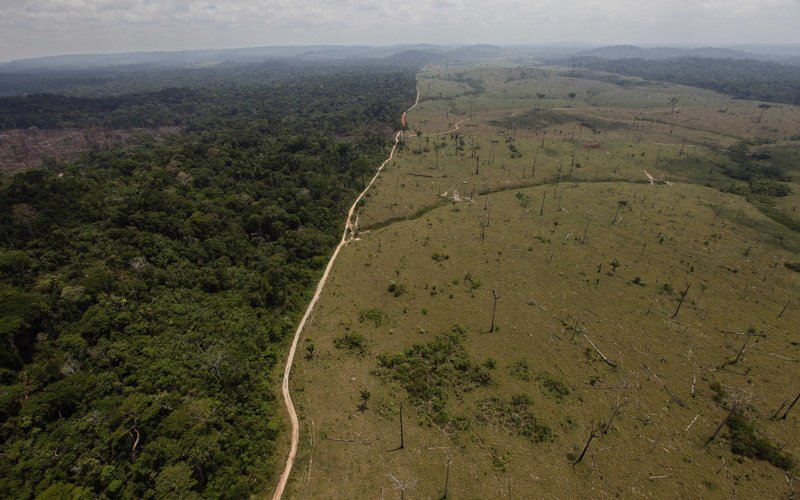 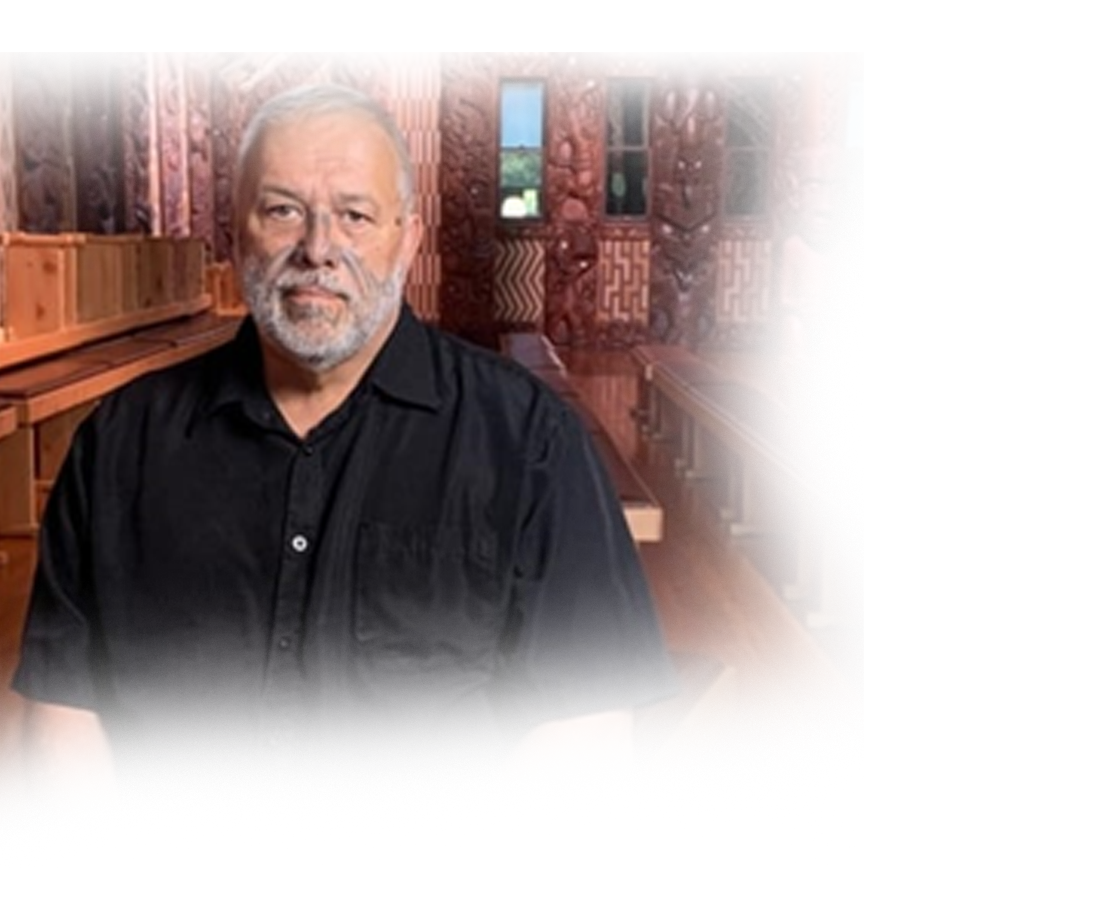 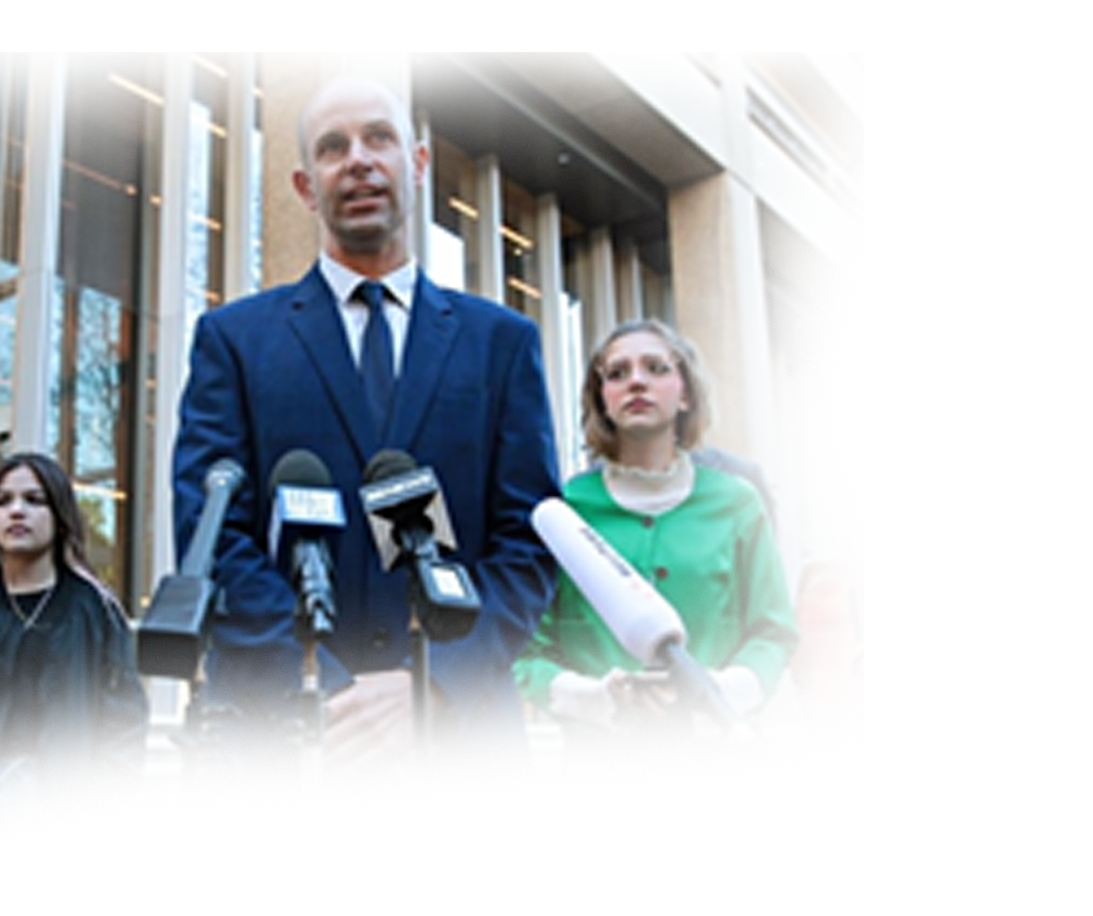 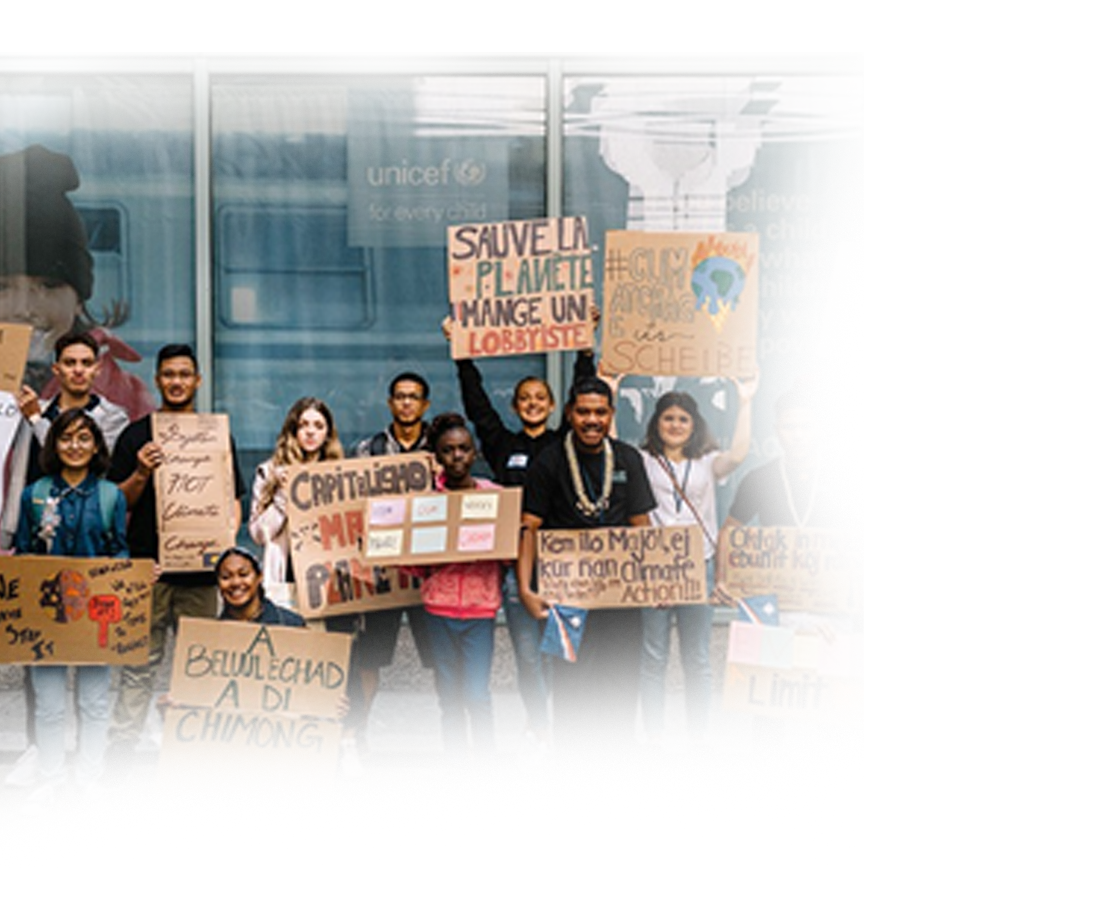 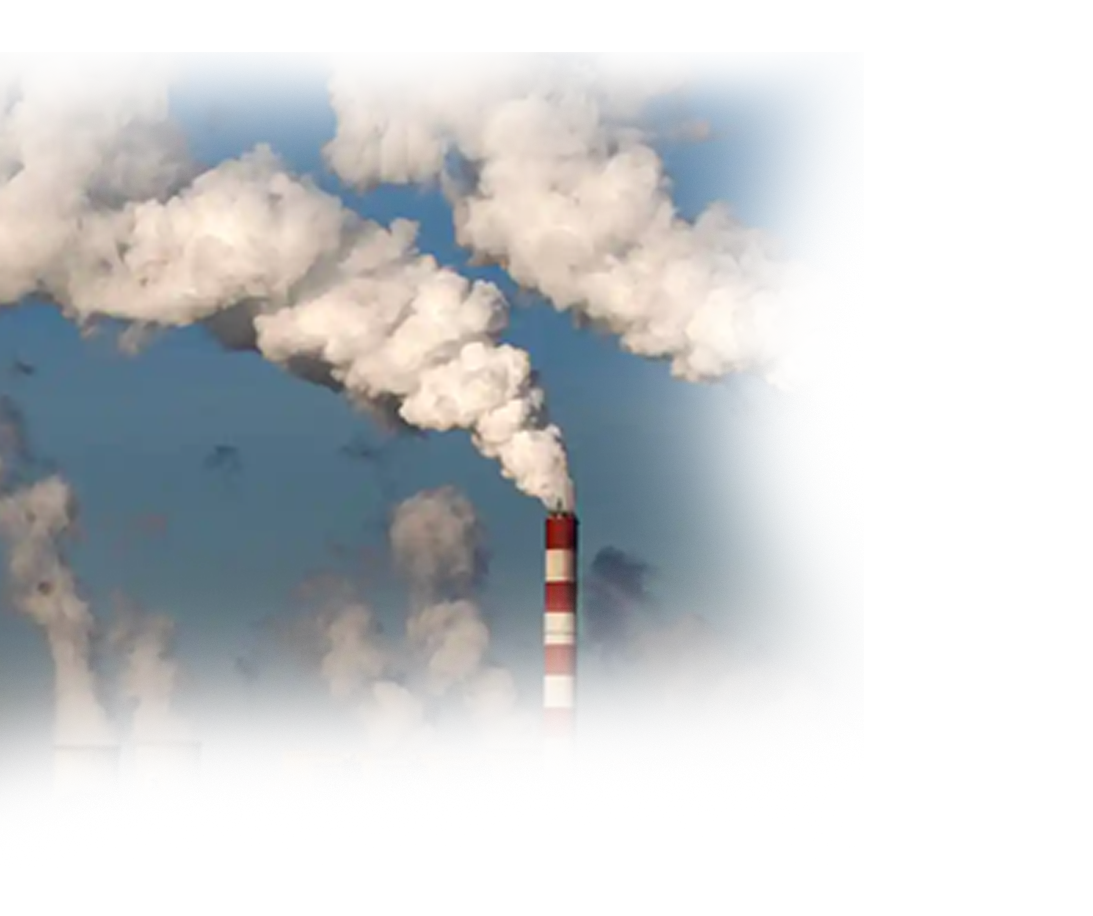 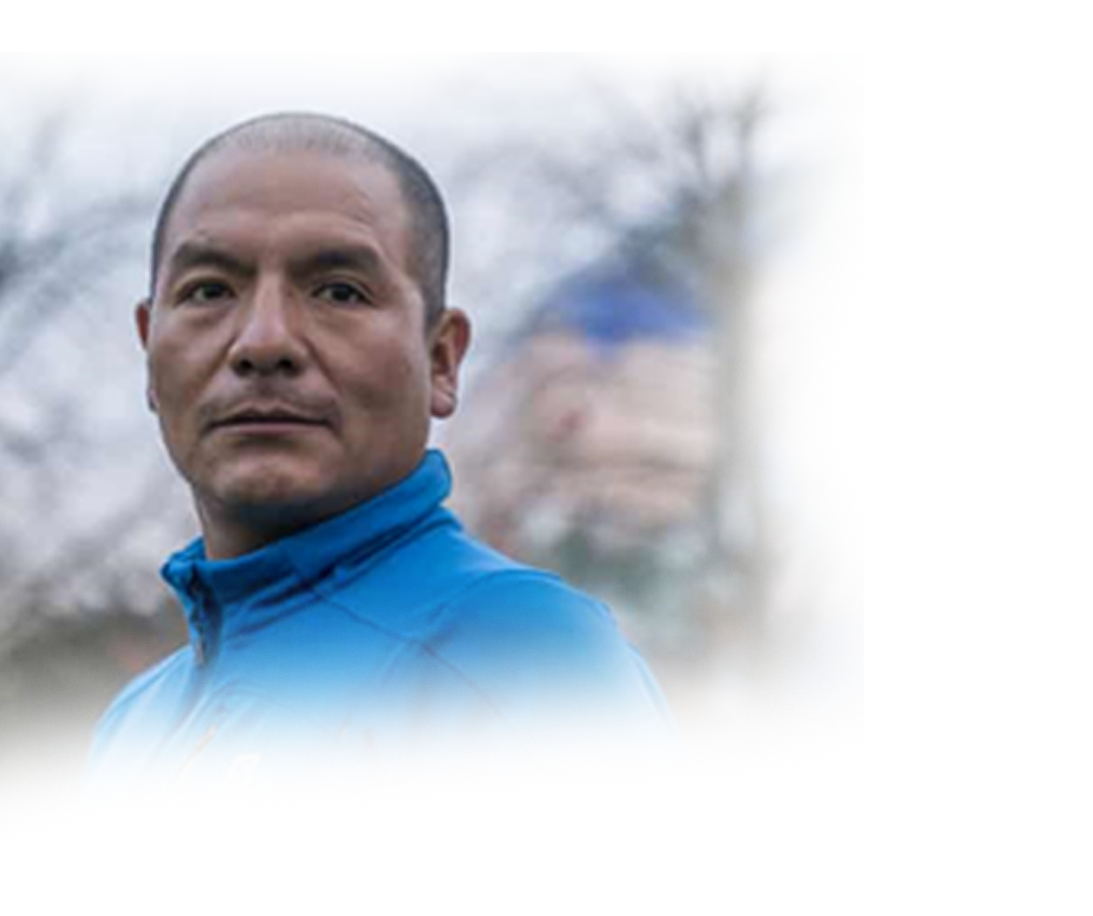 In order to limit global warming to 1.5 degrees Celsius, exploration for new fossil fuel reserves must stop. In spite of this, fossil fuel companies like Shell continue to make plans to develop new oil and gas reserves. This includes Shell’s plans to conduct seismic surveys for oil and gas reserves off the coast of South Africa. In response, a coalition of NGOs and communities asked the High Court of South Africa to issue a temporary order restraining Shell from proceeding with these surveys until the Court can assess the validity of the project. The High Court sided with the plaintiffs, blocking the seismic surveys until the case is ultimately resolved.

In addition to being one of the dirtiest and unhealthiest forms of energy, coal is now another thing: unnecessary. As the cost of renewable energy continues to tumble, government officials can no longer justify the continued use – nevertheless the new construction – of coal-fired power. Officials in South Africa, however, are trying to do just that: they’ve authorized the procurement of new coal-fired electrical power, directly contravening not only the need to use the most economically efficient sources of energy (which coal is not) but also their obligations to protect rights. A coalition of South African NGOs are thus challenging this decision in court, as part of their #CancelCoal campaign.

Around the world, lawyers are taking to the courts to hold governments accountable for their climate commitments and to challenge inadequate measures for the climate emergency. In France, a group of NGOs filed one such case — Notre Affaire à Tous v. France — to push the government to take adequate climate action in line with its legal obligations. In an important decision, the Administrative Court of Paris agreed, ordering the government to take urgent action to reduce its greenhouse gas emissions in line with its international commitments and domestic obligations.

Public climate finance — in the form of government spending on climate mitigation and adaptation — plays an essential role facilitating the changes, policies, and projects urgently needed to limit global warming. When that climate finance stops, it spells trouble for efforts to combat the climate emergency. In Brazil, the Bolsonaro government froze the operations of the Climate Fund, which provided essential funding for climate efforts in Brazil. To take on this troubling state of affairs, a group of Brazilian political parties, working with NGOs, filed suit against the Brazilian government, demanding that the government unlock this much-needed funding. In a win for climate action and climate litigation more broadly, the Federal Supreme Court agreed and ordered the government to operationalize this crucial Fund.

In 2020, an Indigenous New Zealander sued a collection of greenhouse gas emitting corporations based in New Zealand, arguing that their contributions to climate change harmed him and interfered with his rights such that the defendant corporations were responsible for three torts (public nuisance, negligence, and breach of duty of care). The New Zealand courts, however, were largely unsympathetic to the plaintiff’s claims and ultimately dismissed all three of his tort claims as untenable.

Sharma v. Minister for the Environment

As part of the broader youth climate movement, sixteen youth climate activists filed a petition with the UN Committee on the Rights of the Child, claiming that five countries – Argentina, Brazil, France, Germany, and Turkey – have violated the children’s rights and have failed to satisfy their obligations under the Convention on the Rights of the Child. The Committee ultimately dismissed the petition on procedural grounds (failure to exhaust domestic remedies), but not before setting some positive precedent for climate litigation – including that countries can be held accountable for the climate impacts experienced by children outside of their territorial boundaries.

In the fall of 2020, six Portuguese children and young adults filed a petition with the European Court of Human Rights (ECtHR) against thirty-three European countries, arguing that the respondent countries’ failure to adequately address climate change as well as their own contributions to it violated the young people’s rights guaranteed under the European Convention on Human Rights. The plaintiffs advance important legal arguments, which – if accepted by the Court – have the potential to bolster litigation both in Europe and around the world. The case is currently pending before the Court.

In 2015, Peruvian citizen Saúl Lliuya filed a lawsuit in Germany against German electric power company RWE AG, alleging that the company’s contributions to climate change (through its substantial greenhouse gas emissions) mean that it should pay for some of the costs of adapting to glacial melt in Lliuya’s hometown in Peru. Although a German district court initially found the claim inadmissible, a higher court reversed that decision, finding that the plaintiff’s claims were sufficiently well-founded to proceed. In short, the high court acknowledged that a private company is, in principle, responsible for its share of climate damages resulting from its emissions – an important development in global climate litigation. The case is currently pending in German court.

Upcoming Events
Past Events
No Upcoming Events found
Taking Big Oil to Court: Lessons of the Shell Case for Climate Litigation Against Corporations

This webinar explored the legal implications of the historic Milieudefensie v. Royal Dutch Shell case, wherein a Dutch court found that Shell has a duty to reduce greenhouse gas emissions.

Big Coal Feels the Heat: The Sharma Case and the Role of Litigation in Keeping Coal in the Ground

According to an Australian court, the government has a duty to take reasonable care not to harm children and young people in approving fossil fuel projects. The implications of this case – Sharma v. Minister for the Environment were examined in this webinar.

The Climate Cost of Big Ag and Big Food: The Connection Between Animal Agriculture, Animal Abuse, and Climate Change

EACOP, if built, would be the world’s largest heated crude oil pipeline. Given the climate, human rights, and environmental harms that the pipeline would generate, litigators brought a case challenging it to the East African Court. This webinar examined the scientific and legal aspects of the case.

This webinar explored the psychological impacts of climate change, particularly on youth, and what these impacts mean for climate litigation and human rights law, including legal avenues that may be open to climate litigators as a result of new research on climate anxiety.